Girls Can Do Spirit Takes Brigitt to Chile

A few months ago my girlfriend sent me an email about this amazing snowboarding trip in Chile. Even better, she got picked to guide the trip and asked if I wanted to go along as her friend and family. After careful consideration (is a trip to Chile worth taking money out of my 401k?) I booked it!

A few days before the trip, my friend emailed and said, they have heli-boarding. She asked if I would consider going. I replied, I’m totally scared out of my mind, but yes. And this is when I decided to make it my mission to spread the Girls (and boys) Can Do love while I was in Chile. I had a bag of pink GCD bracelets and a fierce mission to deliver greatness while I was away. It all came together when I received this ski video as inspiration for the trip. 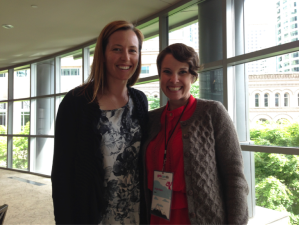 Brigitt and Ingrid Backstrom at Girls Can Do event, Seattle 2014

Yep, you guessed. There she was, our very own Ingrid Backstrom, talking about the very place I was going to spend the next 9 days of my life. I heard two messages in this video. “You have to be much more patient and just accept that things are gonna to be different and once you do that, it just opens up a whole world of cool possibilities and opportunities and different experiences.” And then of course…“I also love that every time I come here, it seems to just dump.” I emailed Ingrid after watching the video and turns out she was going to be in Chile too, teaching a women’s camp. I could hardly contain my excitement.

I took us nearly 24 hours to get to the Rocanegra Mountain Lodge & spa but when we arrived, I knew we were going to experience a little slice of paradise. In a nutshell, the people are in incredible, their sense of community unraveled. The food was out of this world (and for certain from another country). The snow, just like our spring ski for the first few days and then just as Ingrid mentioned, it dumped. 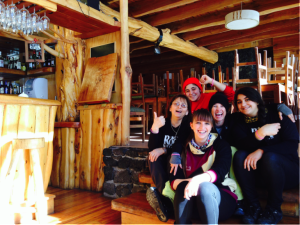 It’s very different going to a new place where people don’t speak the same language. After just a few days, me and the ladies that took care of us became fast friends. I started handing out my GCD bracelets, doing my best at translating the message. We decided on “Las niñas pueden hacer!” Before I knew it the ladies were coming to me to get bracelets for some of the girls I hadn’t seen yet. It wasn’t long before we were hugging and kissing hello in the morning and the same before going to bed at night.

So back to heli-boarding. If you don’t know what this is, it’s when a helicopter takes you up in the mountains to places where no one has snowboarded that season. I only told a few people that I was thinking about doing this just in case I decided to back out at the last minute. Well, the way I figured it, this was as good a time as any to test my fear and anxiety factor. I was in along with 3 other men, 2 guides and the helicopter pilot. While going through the avalanche and helicopter training, one of the boys asked if I was ok. I said yes. He said, I don’t think you’re ok because you’re not talking. He was right, I was scared out of my mind and had to take deep cleansing breaths to keep myself centered and focused on what I was about to do. What if I throw up, I’ve never been in a helicopter before.

My fear and anxiety soon turned to shear euphoria as we took off for our first run. The helicopter ride was worth it on its own, the views looking back at the lodge and the lifts we had ski’d days before…spectacular. The biggest bonus of them all, the sweet POW that we got to ride untouched by anyone. I had been smiling ear to ear prior to this, now I was laughing on the inside and out. It just goes to show ya…girls really can do anything and everything. Case in point, if you want something bad enough and you set your sites on it…it will come, in splendor. 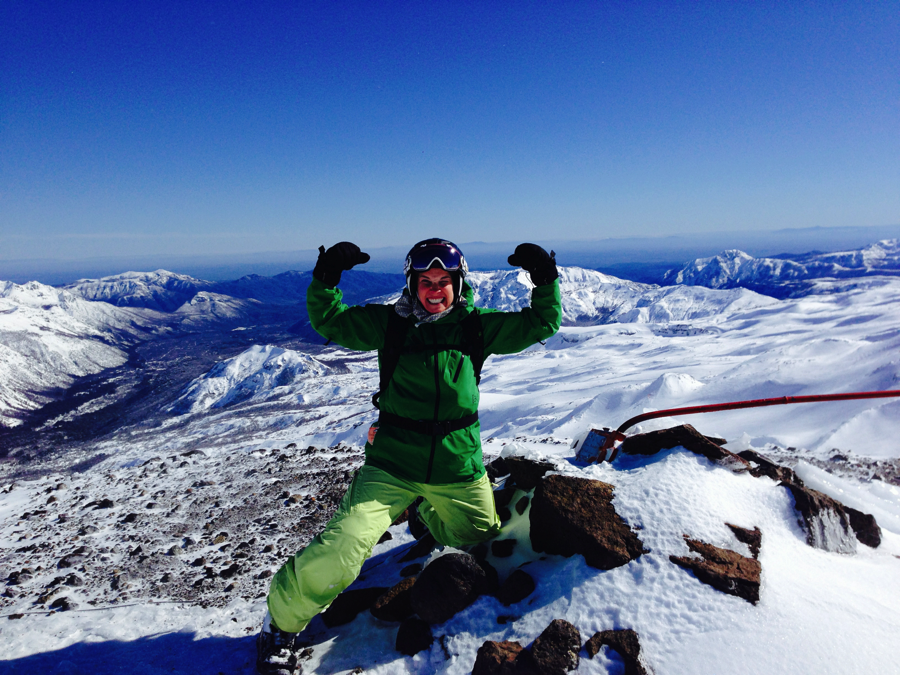 Girls Can Do Seattle Host, Brigitt Rains on top of one of Chile’s highest peaks. Summer of 2014