Would you walk in Space or the South Pole?

Would you walk in Space or at the South Pole? If you are Christy Hansen, you would choose both! 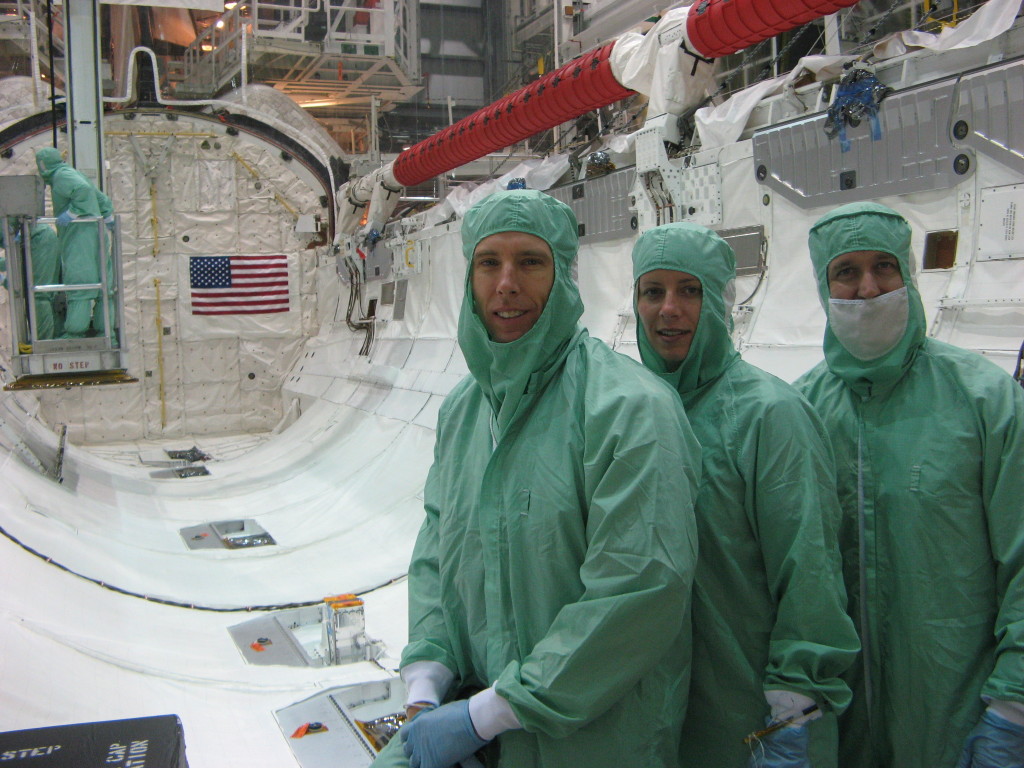 Christy with two Hubble astronauts, John Grunsfeld & Drew Feustel, standing in the actual payload bay of the space shuttle that went to Hubble for the very last time.

As a NASA engineer, Christy has not only trained astronauts how to walk in space, but also taught them how to assemble and repair hardware on the space station and the Hubble space telescope.

While working on Operation IceBridge, Christy flies around in NASA’s P-3B airborne laboratory, gathering geophysical data at Earth’s Polar Regions. She has travelled to Antarctica twice, been to Greenland on three deployments, to the South Pole, and Punta Arenas, Chile.

For almost 15 years, Christy has worked for NASA at the Johnson Space Center, Goddard Space Flight Center, and spent time at the Kennedy Space Center.

Between deploying NASA missions, Christy is passionate about spreading the word to kids about the super cool careers that are out there waiting for young women and men to explore.

Christy standing at the geographic and ceremonial South Pole. I had a rare and amazing opportunity to go there during a site survey visit in December 2012. This site survey was the precursor to our full up team/Project deployment we just did in Nov of 2013

Check out these related articles by Christy: